Healthy recipes for the New Year

New Year, new you! Wonderfully filling, deliciously satisfying and gloriously healthy recipes to bring you all the winter comforts you’ll ever need…

If, like us, you’ve done a Bridget Jones and… overindulged, let’s say, this Christmas (it IS totally normal to eat a 12-pack box of luxury mine pies alone and before 10am…), then this little lifesaver might just be the answer. As we countdown the New Year (and because we’re all secretly CRYING OUT for no more chocolate), we team up with Slimming World to bring you deliciously healthy recipes for the New Year (Oh thank goodness!).

Preheat the oven to 220°C/Fan 200°C/Gas 7. Put the carrots and parsnips in a saucepan and pour in just enough water to cover them. Bring to the boil, then reduce the heat slightly and cook for 2 minutes. Drain, tip into a large non-stick roasting tin and add the sweet potato (you might need to use two tins). Mix together the lime juice, coriander seeds, cinnamon and vinaigrette. Season to taste, pour over the vegetables and toss to coat evenly. Roast for 25-30 minutes or until the veg are tender and browned in places, turning them once or twice.

Meanwhile, make the dip. Mix the garlic, fromage frais, lemon juice and most of the paprika in a bowl. Sprinkle over the remaining paprika and chill until you’re ready to eat. Scatter the parsley over the wedges and dip to serve.

Preheat the oven to 200°C/fan 180°C/gas 6 and line a large baking tray with non-stick baking paper. Mix the paprika, garlic salt and chilli powder in a small bowl. To make the onion rings, put half of your paprika mixture in a shallow bowl and mix in the cornflour and mixed herbs. Spray the onion rings with low-calorie cooking spray and toss in the cornflour mixture to coat evenly. Lightly whisk the egg white in another shallow bowl and put the breadcrumbs in a third shallow bowl. Dip the onion rings first into the egg and then the breadcrumbs to coat sparingly. Arrange the rings on the prepared baking tray and bake for 20-25 minutes or until golden.

Meanwhile, mix the beef with the remaining paprika mixture, divide the mixture into 8 portions and shape into burgers using wet hands. Put the mushrooms on a baking tray sprayed with low-calorie cooking spray and put in the oven when the rings have 10 minutes to go. Preheat the grill to high. Place 2 large non-stick frying pans (or 1 very large pan) over a high heat and fry the burgers for 2-3 minutes on each side. While the burgers are frying, grill the bacon for 3-4 minutes or until crispy and browned. Turn and cook for another 1-2 minutes.

Mix all the sauce ingredients in a bowl and spread a little over each cooked burger. Fill each mushroom ‘roll’ with lettuce, tomatoes, a burger, 2 bacon rashers and another burger. Pin each burger tower together with a wooden skewer if necessary and ‘hoopla’ the onion rings over the top! Serve with a salad. 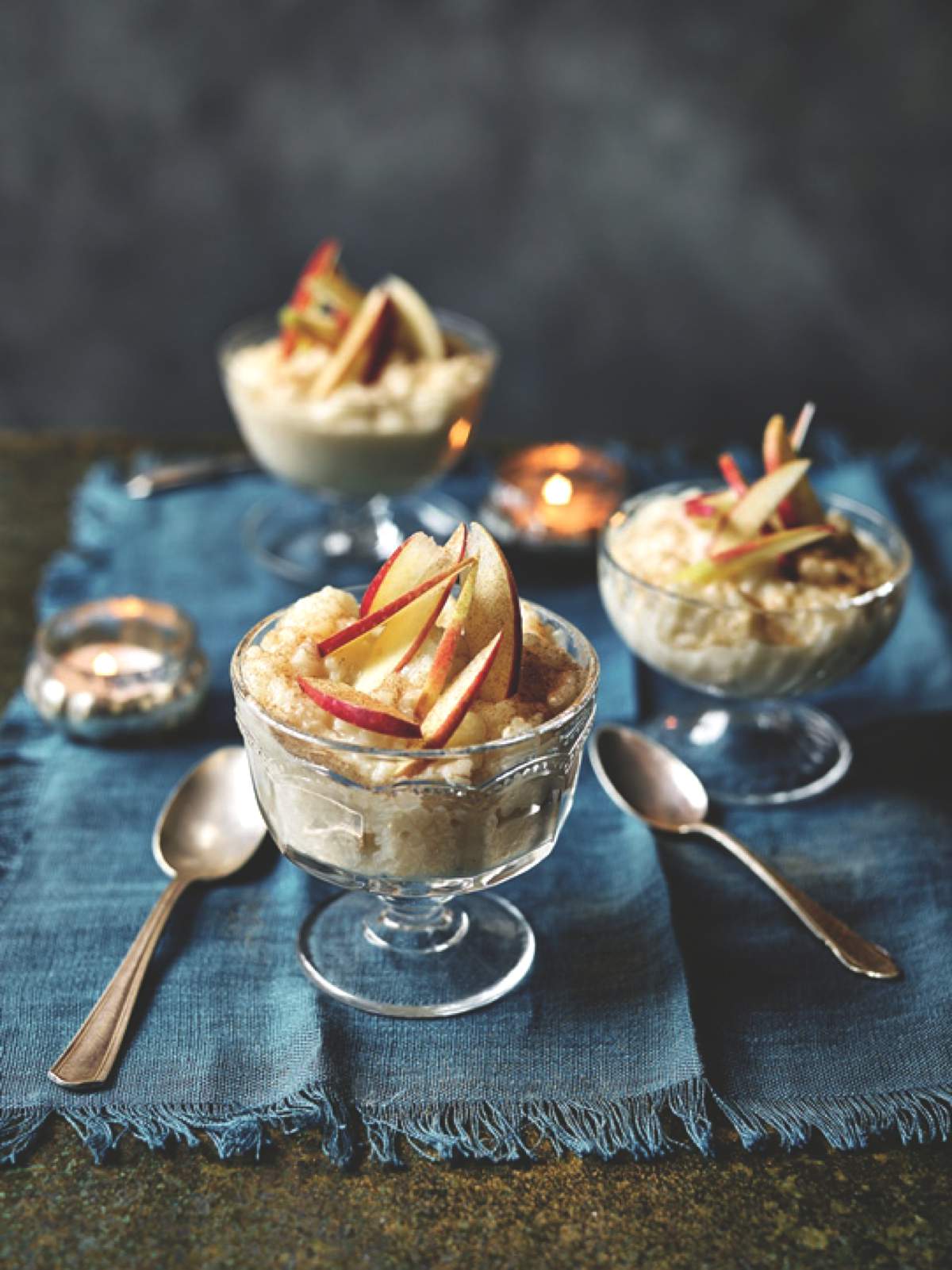 Put the rice and milk in a saucepan over a high heat, bring to the boil then reduce the heat to low and simmer for 25 minutes, stirring occasionally. Remove from the heat, stir in the yogurt and sweetener and divide between dessert glasses or bowls (heatproof, if you’re serving them hot). Poke the apple slices into the top like shards, dust with the cinnamon, if using, and serve hot or cold – they’re fantastic either way.

Our How To Guide to choosing the dream dress!

How to throw the ultimate summer wedding!

8 top tips for planning a wedding on a budget

The best royal wedding cars of all time

Would you be bold enough to rock a bridal playsuit

For the most idyllic honeymoon setting, the Island

Looking for the perfect place to say ”I do"? We

And the winner of our @cocoglowcandles competition

A December wedding in Essex, filled with seasonal

How gorgeous are these cakesicles?! 💓@thewhimsi

This collection is beyond beautiful! Prepare to sw

A beautiful summer wedding with plenty of personal